Eye-catching promotion for the Verkehrsverbund Rhein-Ruhr 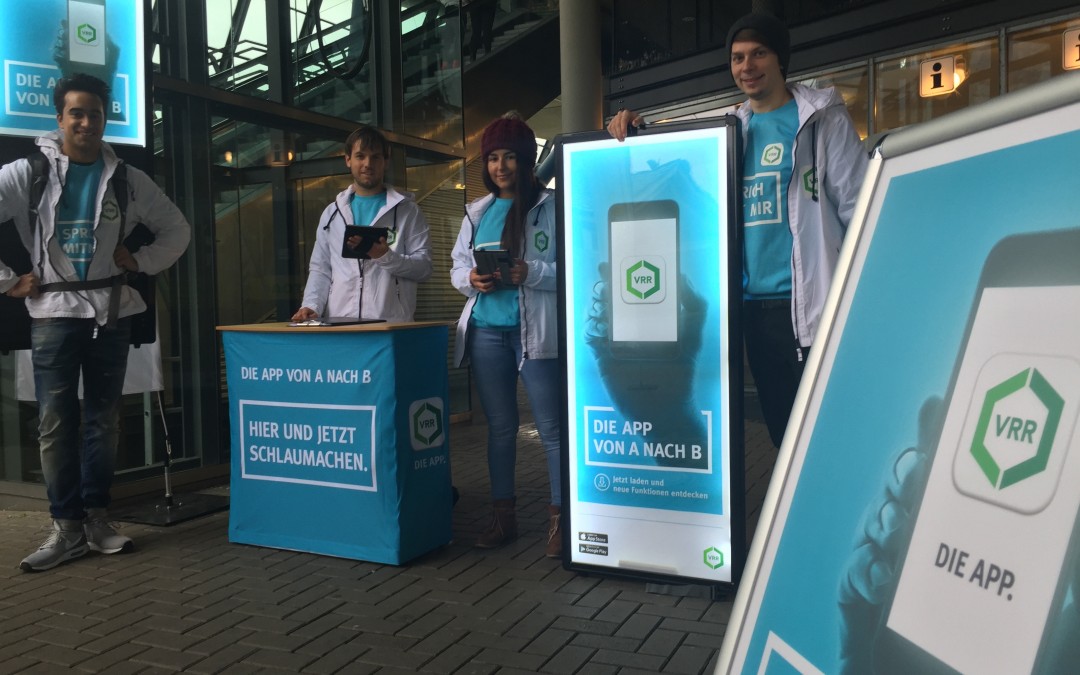 With an eye-catching promotion P.AD. increases the interest for the further developed transportation-app of the Verkehrsverbund Rhein-Ruhr (VRR). During pre-Christmas period the promotion team of P.AD. showed all customers in Oberhausen, Herne, Moers, Hagen and Recklinghausen the functions of the mobile-app and how it works. Also they made a public opinion research. The promoters used an info-counter and luminous billboards to catch the people’s attention. P.AD. is responsible for the idea, concept and implementation of the promotion. 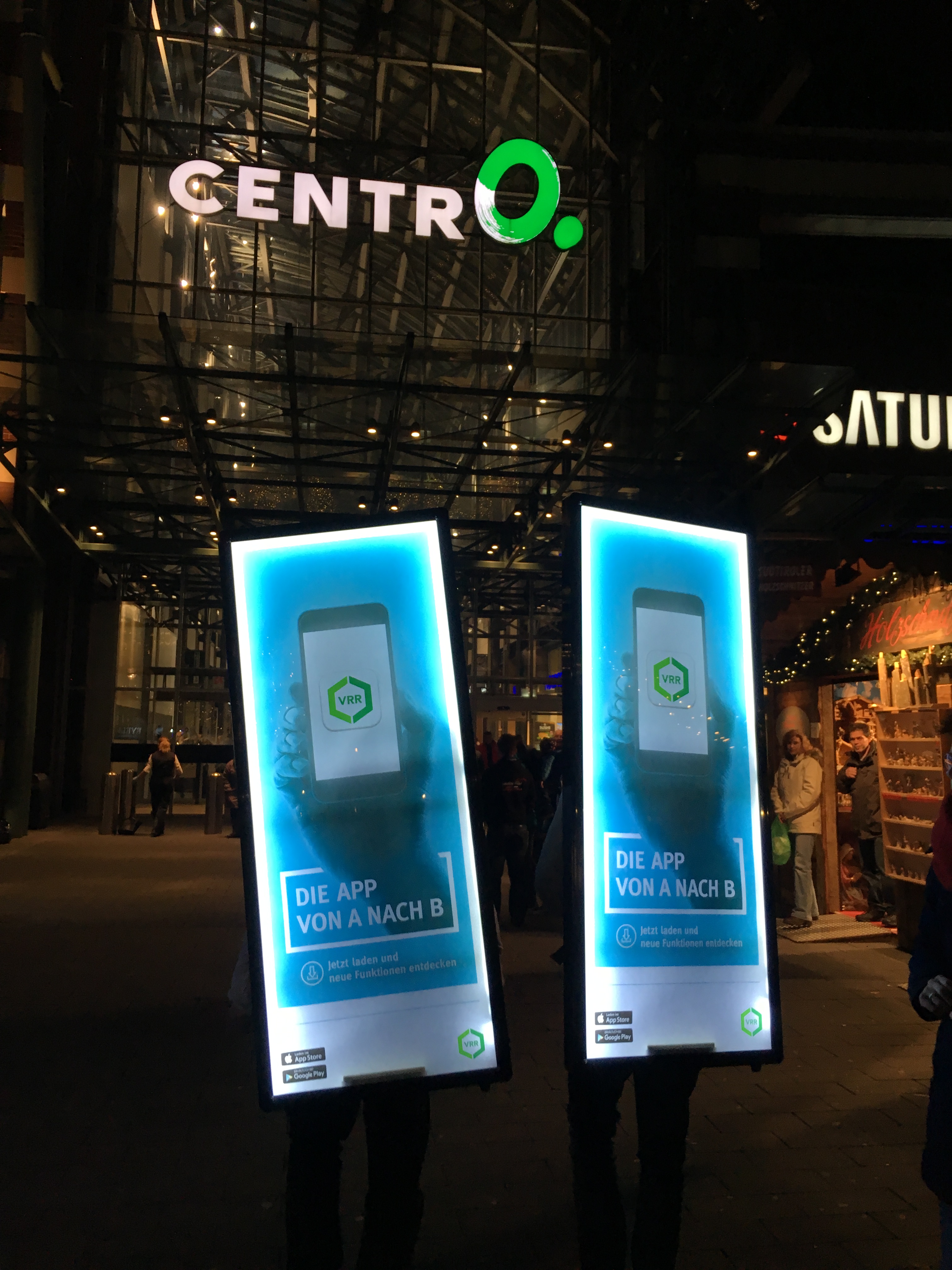