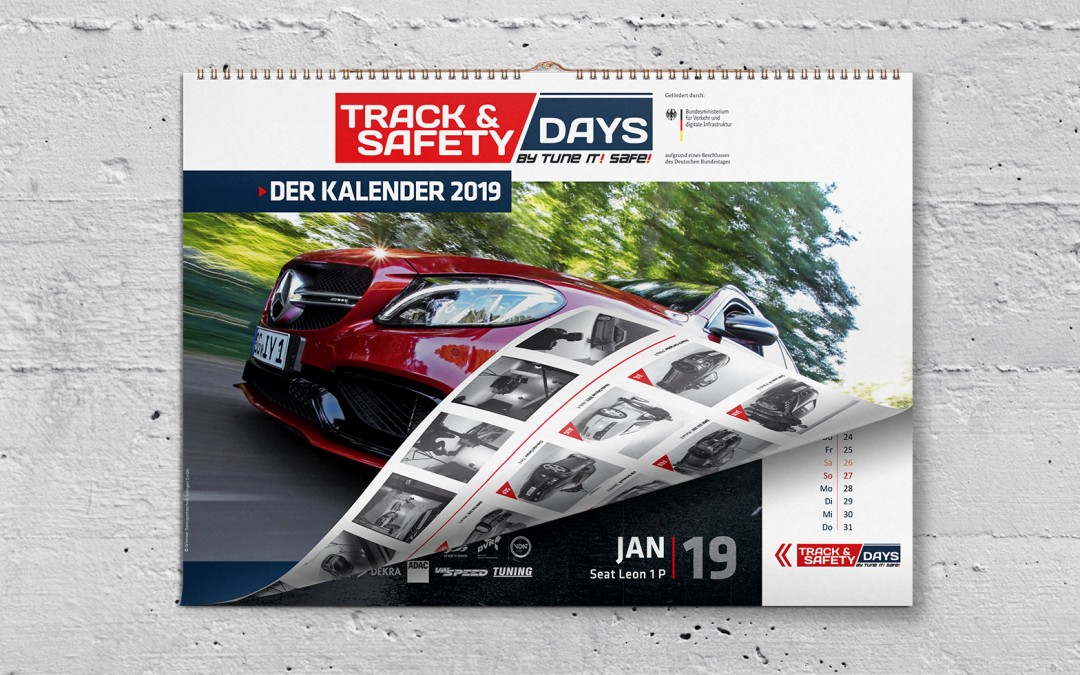 Visitors to the Essen Motor Show 2018 were delighted with twelve strong calendar motifs. As part of the nationwide road safety campaign Track & Safety Days, an automotive annual calendar 2019 was created based on the idea and concept of P.AD.. Among 600 participants of the Track & Safety Days eleven young drivers and one young female driver were found, with whom P.AD. realised a photo shooting at two locations in Germany. P.AD. designed a wall calendar in DIN A2 format with twelve unique items, which enjoyed great popularity at the Essen Motor Show stand, which was also developed by P.AD. and was already out of stock before the end of the fair.