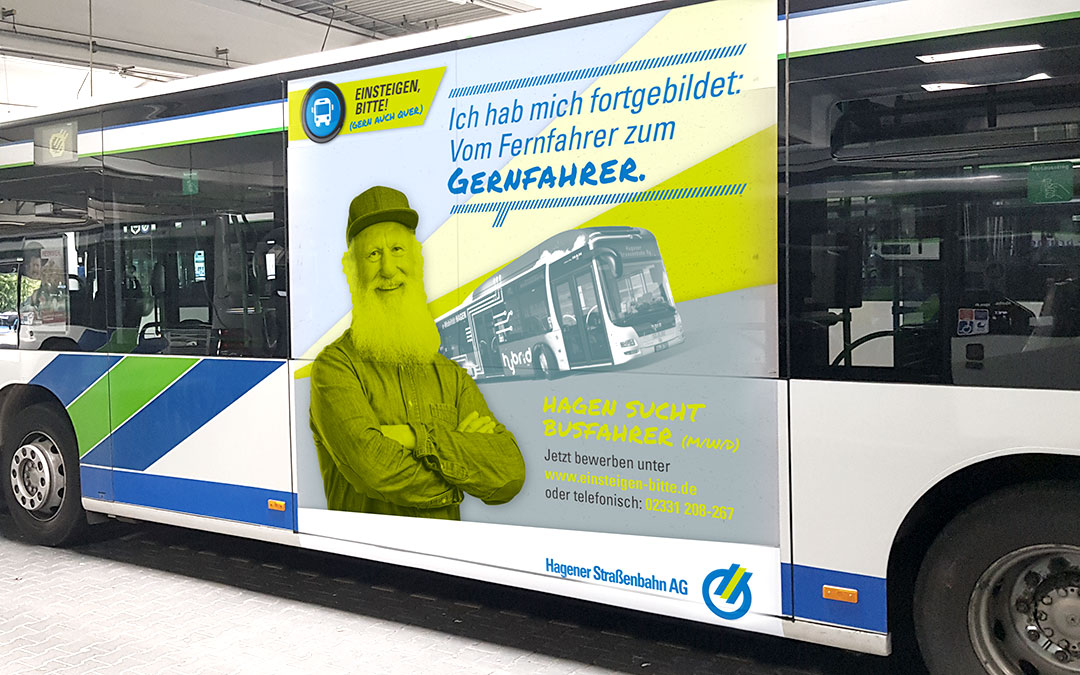 P.AD. was responsible for the entire idea, conception and implementation of the campaign. With great success: All positions could be filled after a short time. Potential applicants were reached via attention-grabbing radio spots on regional stations and ads on Google Ads and received further information on the specially created microsite www.einsteigen-bitte.de including a Facebook presence. DIN A1 displays in the service centres of the bus company and flyers at almost 400 display points such as bakeries, pharmacies, petrol stations, hairdressers, banks, supermarkets or post offices in and around Hagen also addressed applicants. In addition, four advertising motifs as posters on the TFT screens and as exterior stickers in and on the buses of the HST drew attention to the campaign.